Technology has made certain kinds of theft easy. It gives us access to an incalculable number of photos, videos, and music files and it's fairly easy to download copies. Therein lies the problem. Many people seem to believe that anything posted online is free for the taking and they can use it as they wish. In some cases, that's true. Some of the stuff posted online or through the social media sites is put up there with the hope that people will see it and share it. That “going viral” type of distribution is precisely what some people want. On the other side are designers, artists, and others who expect, and deserve, credit for their work. The credit could be monetary or some other form of attribution, but the key point is that the item can't be used without the owner's permission.

What is copyright? The United States Copyright Law gives protection to the creators of certain works, such as books, magazines, newspapers, photos, recordings, songs, and so forth. Collectively these items are known as Intellectual Property and the creator of a particular piece has the right to determine when, where, and how the work is used. The law extends that protection until 70 years after the creator's death. You’ll find copyright notices on all kinds of products but a lack of that notice doesn’t mean it’s not protected.

Copyright protection is pretty much automatic. When you take a picture of something, you own the copyright to that image. Even if you post it on your Facebook page, you still own the rights to that image and someone else can’t legally use it unless you give them permission. Using the Share function on Facebook is not a copyright violation.

If you take the time to actually read the Terms of Service for the main social networking sites you’ll see it includes a rule against posting images that you don’t own the rights to. If you do, you could be violating the U.S. Copyright law. I've seen many music clips posted online with a disclaimer, “I don't own the rights to this song”. Exactly, so you shouldn't be using it. It's like walking out of the store with merchandise and saying “I didn't pay for this” but you're taking it anyway.

You are not allowed to use those images commercially. A few years ago a professional photographer I know found a company using one of his images to promote a holiday sale. He put his signature on all of his work, but it had been removed. He was frustrated but summed it up by noting that the mindset is that if it's on the web you can use it. 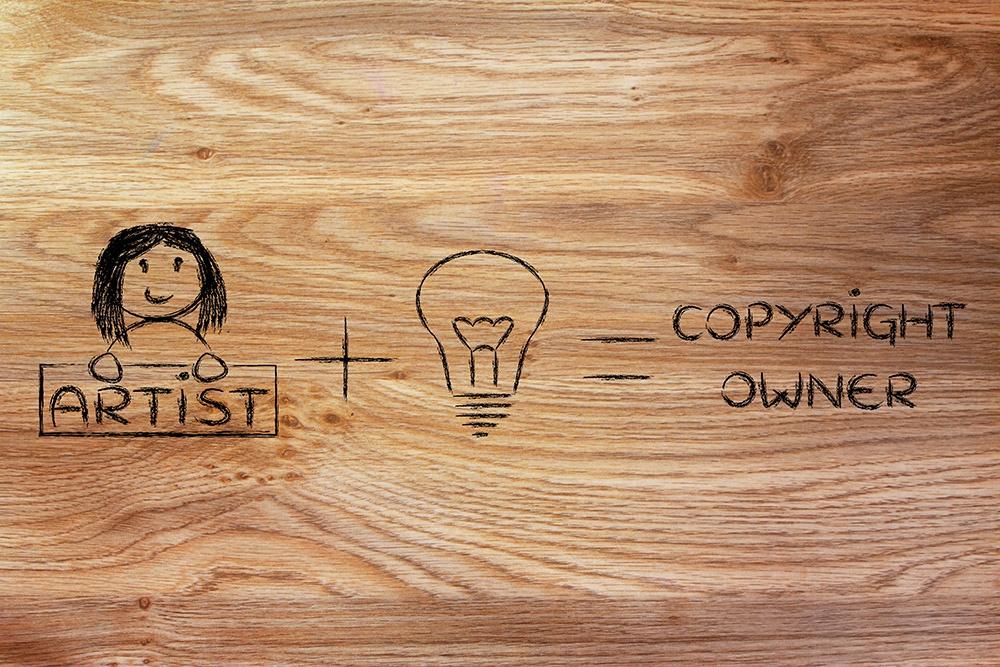 So, unless you have the original creator’s permission, you can’t use that photo. Right? Not quite. You see, we’ve also got this very gray area called Fair Use. Section 107 of the Copyright Law addresses Fair Use and lists some of the factors which might allow a copyrighted piece to be used without the need to get permission. Those include when the work is used in news reporting, teaching, parody, comment, criticism, scholarship, and research. Yep, it’s a gray area and the fog gets thicker as new ways to share data evolve. It’s unlikely that any individual person is going to hear from the Copyright Cops for posting and sharing on their personal social network pages. Sharing is what this online socializing is all about.

The problems arise when commercial entities, such as a motorcycle parts company, use images they don’t own to promote their business. This is especially prevalent on social media sites like Facebook. There’s a lot of pressure these days to have a dynamic website or Facebook page and everyone is trying to be the one to post the next “It’s Gone Viral” online sensation. And as long as you’re using your own creations, that’s a good thing.  But thievery should not be rewarded. However, policing the entire Internet is an impossible task, and it’s very likely you won’t get caught. And hey, everybody else is doing it! Why should you be left behind? Uh, perhaps because you’re an honest person with some integrity?