To paraphrase the Grateful Dead, what a short, strange trip it's been. It's only been about two months since steps were taken to combat the spread of the Covid-19 pandemic and it's no fun. We're sheltering at home, wearing face masks, and wondering if we'll ever get back to normal. It's a world we never imagined, except in science fiction books and films where everyone on earth is fighting against a fearsome enemy. I was really expecting spaceships.

Thankfully, we can still ride and it's probably one of the safer things to do if you need to get out of the house. Your riding gear, such as your gloves and a mask with a full-face helmet, can help provide a barrier and keeping six feet apart when riding is a good idea at any time. If you're heading to the store for essentials, do it on the bike. Riding may not be essential, but it's good for you.

The shutdown of the economy has had an impact on everyone, especially those working in the hospitality industry. While some of the bars and restaurants are surviving on take-out orders, there are no bike nights which means staff has been cut and a lot of people are out of work. Some of these places won't survive on the take-out format and some of those who have closed may not ever reopen. Vendors who depended on the bike night customers are left with a lot of free time on their hands and unsold merchandise.

Being a vendor who relies on the bike nights and events to make a living is hard. There's no guarantee on making a buck and you're at the mercy of Mother Nature. But at least you had a chance before, now there's nothing. And there’s no way of telling when it will open back up and what the response will be. Ted Smith, who runs the Rat's Hole Custom Bike Shows, is one of those vendors who's hoping the shutdown doesn't last much longer. He held a show in Switzerland in February but was able to get back stateside before the shutdown. Then he goes to Daytona Bike Week and the city shuts everything down on the morning of their show. According to Ted, “The show went on and Indian Motorcycle paid the fines.” With Leesburg being cancelled, he's hoping something might be salvaged later in the year so he can do something with all of the merchandise he had ready to go. Next up for him is Sturgis and he's hoping it will go on as scheduled. In the meantime, he's catching up on things around his house and shop just like a lot of us are doing.

When Daytona Beach Bike Week shut down early we were surprised, but when rallies like Leesburg and Thunder Beach canceled, it was clear things were serious (Leesburg has since announced it's rescheduled for November 13,14, 15 this year). Around the country other large rallies are being canceled or new dates are being sought. Not having a huge rally like Leesburg goes much deeper than bikers missing out on a party. The economic impact extends to dozens of non-profit and charity organizations who use the event to raise funds through such things as beer sales and running the parking lots. The money is also used by the Leesburg Partnership to fund other non-motorcycle events during the year. When you figure in all of the lost hotel and local business revenue, and the associated sales tax revenues they generate, you've got a money problem for a lot of people. And this situation is being repeated across the country at many of the other rallies.

The local biker magazines have also been hit hard. They're very dependent on revenue from the ads for bike nights and poker runs which have been on hold since mid-March. That revenue keeps the printing and distribution going. It's no secret that the interest in print media has been on the decline for several years. Most of the magazines were already reducing the number of copies they were printing each month. Now, some of them have completely skipped printing and are only putting out an online issue. Of course, it doesn’t make sense to print a bunch of magazines and have nowhere to put them and no one out looking for them.

Is this ever going to end? Yes. Will we ever get back to the way it used to be? Not likely. The Covid-19 pandemic has changed the way we live. In our lifetimes, there has never been a global attack like this. There are no borders when it comes to a virus and there will always be a risk of a biological or chemical attack, either accidental or intentional. Life is risky. We will recover from this and we will adapt to the new normal, whatever that may be. We have our own medicine. We go for a ride.

You can have the Veteran’s designation added to your license for free making it easy for you to provide proof of your veteran status at any time.

Riding the back roads makes me hungry. The inspiration for these dishes comes from some old family recipes which have been handed down through the family on old filing cards and scraps of paper. 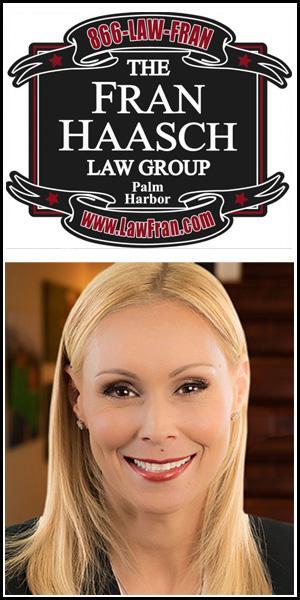